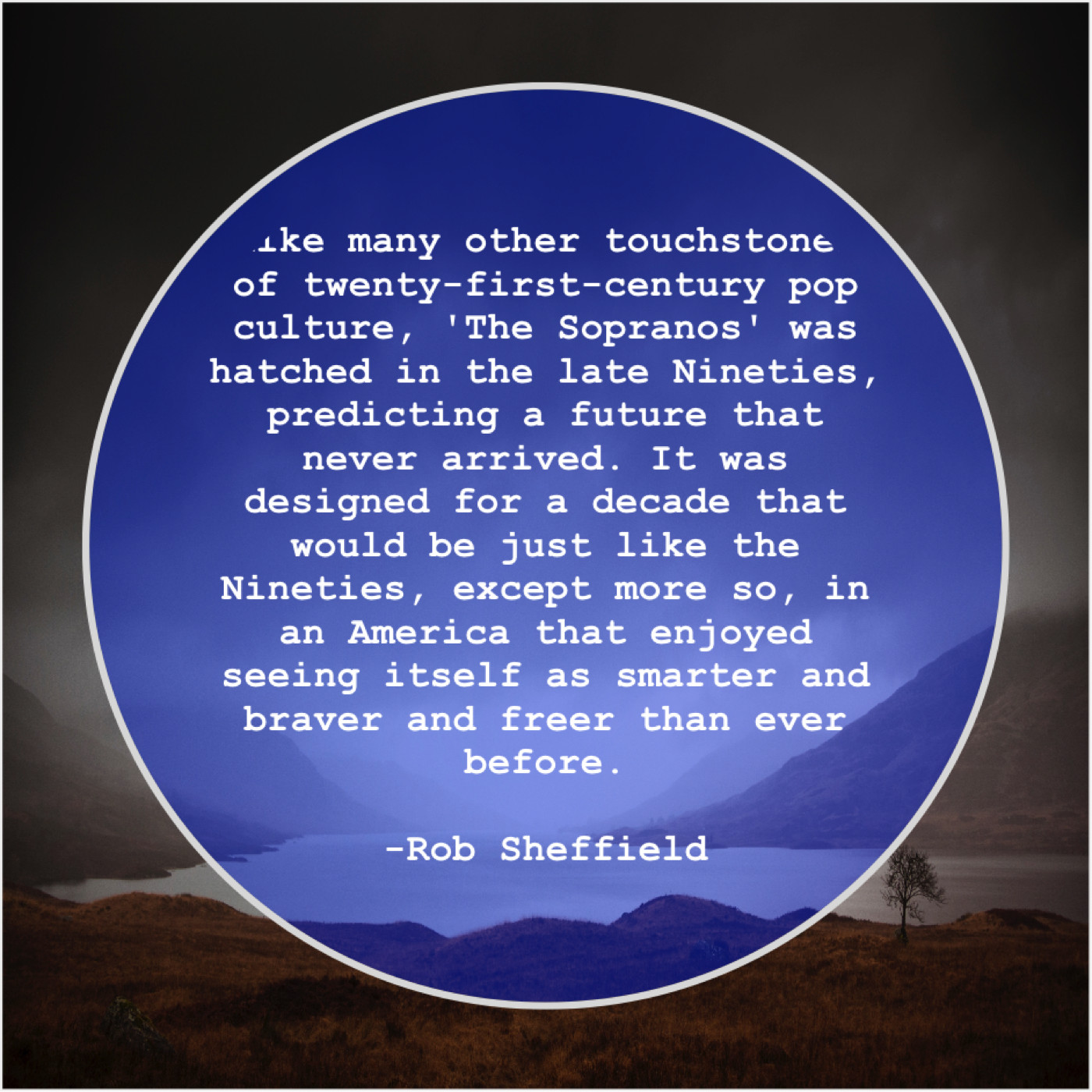 “Like many other touchstones of twenty-first-century pop culture, ‘The Sopranos’ was hatched in the late Nineties, predicting a future that never arrived. It was designed for a decade that would be just like the Nineties, except more so, in an America that enjoyed seeing itself as smarter and braver and freer than ever before.”
-Rob Sheffield

Albert Einstein – The grand aim of all…

Alexander Pope – A little learning is a…

Lewis Thomas – It is from the progeny…

Navjot Singh Sidhu – After marriage, the other man’s…

Bob Riley – The amount of money we…

Scott Walker – I have not made any…

Mark Zuckerberg – Think about what people are…

Edna St. Vincent Millay – Not truth, but faith, it…

Frank Zappa – One of my favorite philosophical…

Emma Goldman – I’d rather have roses on…

Michael Shannon – When you see a struggle…