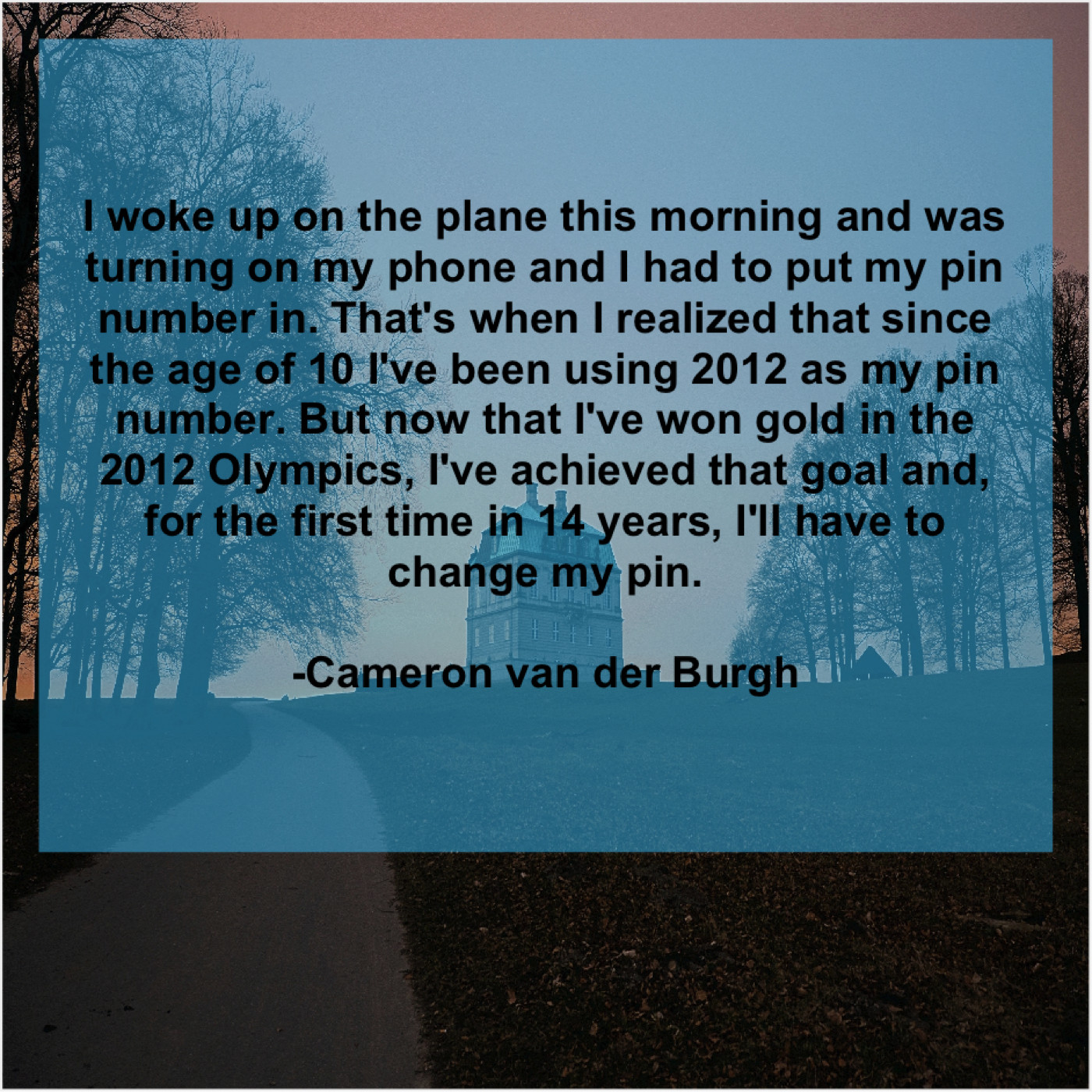 “I woke up on the plane this morning and was turning on my phone and I had to put my pin number in. That’s when I realized that since the age of 10 I’ve been using 2012 as my pin number. But now that I’ve won gold in the 2012 Olympics, I’ve achieved that goal and, for the first time in 14 years, I’ll have to change my pin.”
-Cameron van der Burgh

Friedrich Nietzsche – When one has a great…

John Updike – Now that I am sixty…

Jean Cocteau – I am a lie who…

Pervez Musharraf – I am not at all…

Margaret Cho – The power of visibility can…

Julia Sweeney – I think one of the…

Archie Panjabi – I’d love to do a…