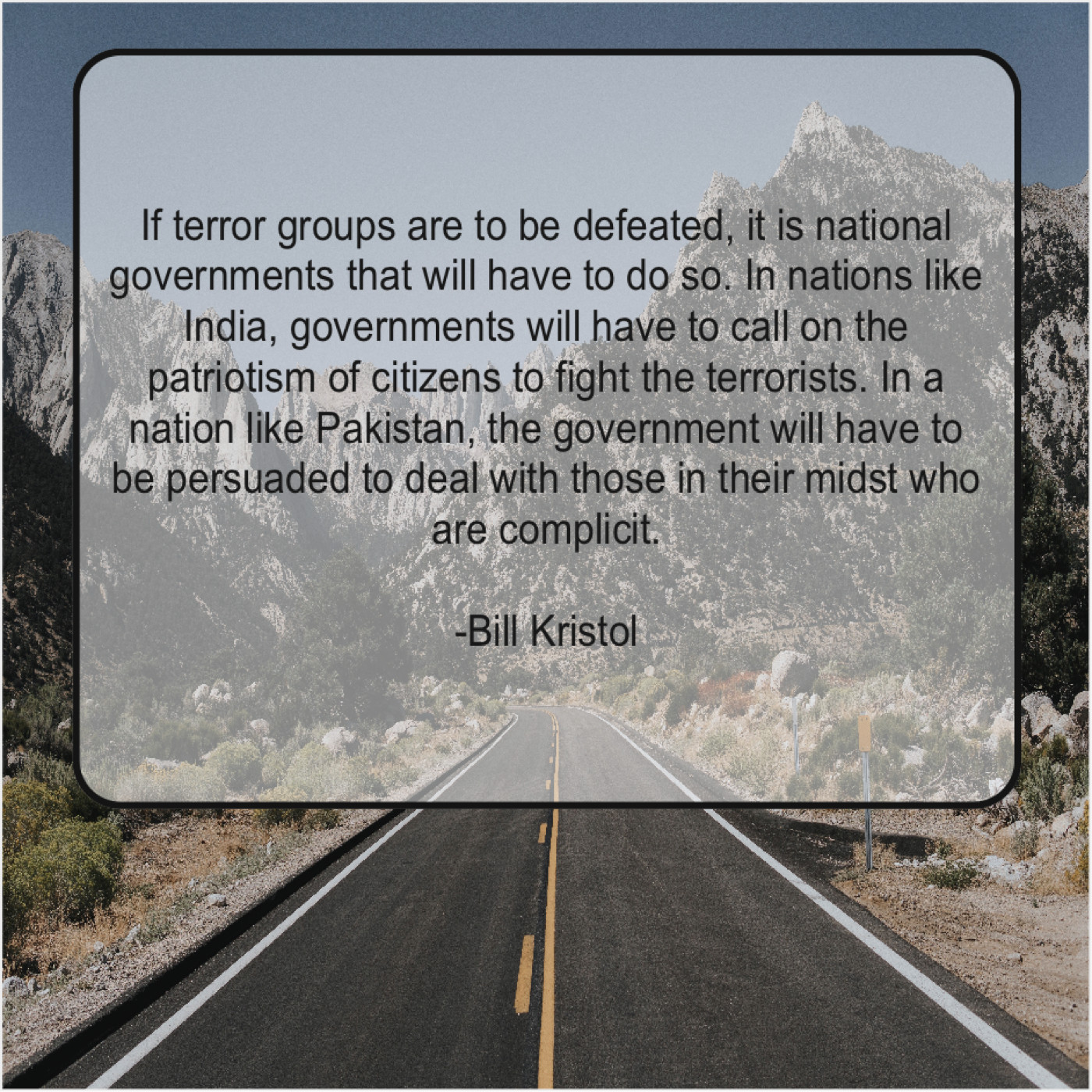 “If terror groups are to be defeated, it is national governments that will have to do so. In nations like India, governments will have to call on the patriotism of citizens to fight the terrorists. In a nation like Pakistan, the government will have to be persuaded to deal with those in their midst who are complicit.”
-Bill Kristol

John Clayton – Was the real Jesus of…

Mao Zedong – War can only be abolished…

Karen Duffy – My family has been amazing…

Paul Ryan – We believe that the government…

John Wooden – I found golf was too…

Mark Steyn – The essence of a government…

Jonah Goldberg – But if the choice is…

Marlene Dietrich – I dress for the image…

Julia Sweeney – I think one of the…

John Clayton – Was the real Jesus of…

Mao Zedong – War can only be abolished…